At present there are some 700,000 Arabs living in Britain; with possibly well over 15,000 in Scotland alone. The initial Arabic settlers in the UK cam even before the Romans and have an integral impact on several areas of British life e.g. TV and Radio stations, 200 billion pounds worth of investments’, over 250 banks and financial institutions and 20 billion pounds in business contributing to the British Economy. Many will be surprised to learn that people from the Arab World came to Britain before the Romans. They mined and traded in Aluminum and other metals in places like Cornwall. about half of whom live in London and its suburbs. Their impact on the British life is quite remarkable, not in its scale but in its near invisibility. 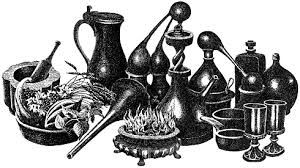 Arabs in Scotland and Fife: There could be over 25 thousand people with Arabic ethnic background living in Scotland. The majority residing in Glasgow, especially in the last ten years and due to he UK Government policy of Asylum/Refugee dispersal. In the last 10 years Scotland has been an influx of students coming from Arab countries to study in educational institutions in Scotland. In Fife there are hundreds of Arabs as they only started living here in the last thirty years or so. A few started their new life here; more moved to Fife from other parts of Britain. As is the pattern elsewhere most of the Fife Arabs are professionals with a few doctors, engineers, teachers, university lecturers and businessmen and many unemployed. Also students come to train from many Arab countries, especially Saudi Arabia, the Gulf countries and Libya.
Menu
Facebook
Scroll to top